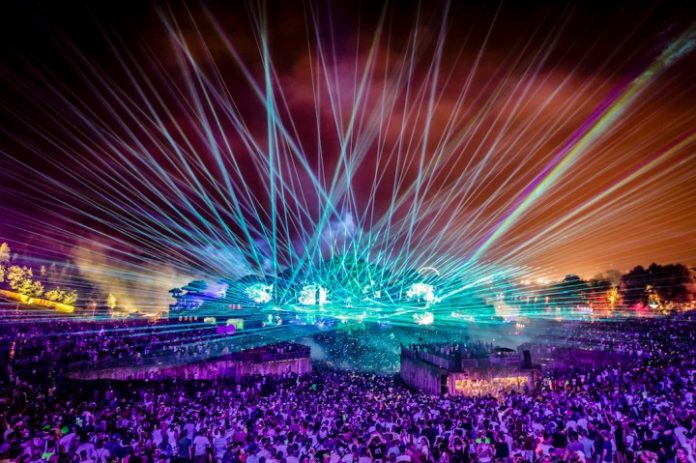 In our EDM world Many people claim that the only important aspect of a music festival is the music. Though there’s a kernel of truth to that statement, it’s easy to see that’s not totally accurate. When large festivals pay upwards of $20,000 per stage, it’s an understatement to say that scenery matters.

Here are the top 6 unique music Festival we presents for you. You would be happy to know these Festival are as follows:–

This festival Secret Solstice is a not SoSecret festival that inhabit in Reykjavík, Iceland. This is Not only does it boast a naturally spectacular scenery, but also, due to it is proximity to the Arctic Circle, it takes place during the Midnight Sun; that is, the festival we celebrates 72 hours under the sunlight during its three consecutive days. CLICK_HERE

This is the only festival Les Dunes Électroniques on this list that is from another planet… sort of. Situated in Tunis’s slice of the Sahara, Les Dunes Electroniques takes place in Mos Espa, of Star Wars fame. Here, DJs spin their music amongst the abandoned film set that was once used to depict Anakin Skywalker’s childhood home. CLICK_HERE

The third one is Melt! Festival, this is one of Germany’s largest electronic music festivals. It is held in Ferropolis: The City of Iron, a massive coal mine-turned-museum. Amidst the grounds are five absolutely towering mining machines that ravers can party in and on. This gives the festival a uniquely eyewatering industrial grunge. CLICK_HERE

The forth one is Lost & Found, If beach parties are more your style, look no farther than Annie Mac‘s Lost & Found festival. Taking place on the island country of Malta, Lost & Found can’t help but be suffused by beachy vibes. This Festivals Lost & Found we celebrates over four days and across various locations in Malta. This includes daily pool parties at the Café del Mar (itself nestled in Malta’s National Aquarium), beach parties, boat parties, and raves in literal castles. CLICK_HERE

The Fifth one is Outlook Festival, this is a five day festival we celebrates and held in locations scattered across Croatia. In previous years, festival stages have been variously stashed on boats, beaches, in tunnels, and even in an abandoned moat. Notably, Outlook Festival has opening events in St. Michael’s Fortress, a medieval fortress from the Iron Age, and the Pula Arena, the most well-preserved Roman amphitheater in the world. CLICK_HERE

Which Midi Keyboard Is Best For FL Studio ?

The Avalanches Releases New Track ‘We Will Always Love...