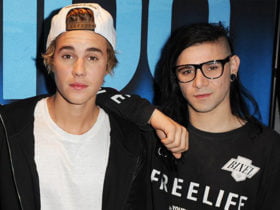 The EDM world has plenty of amazing talent and a huge roster of EDM Artists. The music they created often had an incredible impact on people in many undefinable ways. Some of them produce music that makes you want to rave all night while others, simply touch your heart.

All that being said, there are definitely a few that had more impact than the others, in terms of their following, their style, and simply – their existence. So here comes the list of the top 20 best EDM artists you must know about.

MUST-READ – What Is A Rave Party || Rave Culture

With over $21 million-worth American DJ and record producer, Chris Comstock is also known as Dotcom. He wears a custom-made marshmallow mascot headgear for his public appearances as he likes his life as a normal person. He also won the MTV Europe Music Awards for Best Electronic in 2021. That’s why he is one of the Best EDM Artists.

Grammy-nominated American DJ and record producer Steven Hiroyuki Aoki is an excellent artist. He is also the founder of Dim Mak Records. In 2012 Pollstar, designated him as the highest-grossing EDM artist from tours, in Northern America. Best edm artists.

Discovered by Tiesto, Martin Garrix is a Dutch DJ and he is also the youngest DJ to be on DJ Mag’s Top 100 DJs list. He is the founder of the label STMPD RCRDS.

He is one of the highest-paid DJs in the world for many years now, and is an international sensation, with major collaborations and singles always topping all the major charts in the world, time and again. He was discovered on Myspace and has signed many contracts with reputed record labels. That’s why he is one of the Best EDM Artists.

Thomas Wesley Pentz stage name Diplo named his 2014 solo album Random White Dude Be Everywhere, and with key help from managers Andrew McInnes and Kevin Kusatsu, he is more than living up to that title.

Mostly known for his Carl Cox & Friends concept which was introduced in 2004, has been featured at major festivals across the world. Another important part of his career is that one can’t talk about Space Ibiza and Carl Cox separately.

No one can miss Avicii if he/she is making a list of the best EDM artists. In his short life, he made a huge impact in the world of music and was one of the biggest names of the time. Whether it was the iconic Levels or the smash-hit Wake Me Up, he left a different feel ringing in everyone’s minds and hearts.

The legendary DJ, who is considered to be one of the pioneers of dance music, has produced some extraordinary works of music that have always evolved along with time. Starting off at the Broad Club in Paris in 1984, he ventured into house music pretty soon. He also consistently gets featured in DJ mags list of top 100 DJs. That’s why he is one of the Best EDM Artists.

A Dutch Electro House, Big Room, and Progressive DJ and music producer, Robbert van de Corput stage name Hardwell is one of the favourite artists at Tomorrowland. He is the founder of the record label ‘Revealed Recordings’ and a radio podcast ‘Hardwell On Air’.

Joel Zimmerman popularly known as Deadmau5 is highly popular for his mask, Grammy award-winning music, and his witty Tweets. He is been active in the industry for more than 20 years, he has also released many amazing albums.

Matthias Paul’s stage name Paul Van Dyk is a German DJ, and record producer musician. He was the world no. 1 DJ consecutively in the years 2005 & 06.

The trio is most arguably one of the most popular groups in dance music comprising Axwell, Sebastian Ingrosso & Steve Angello. They formed their group in 2008 but soon split up in 2013 in an unusual fashion.

Considered the greatest of all time the Dutch Dj has inspired millions of people with his music and he is a great philanthropist too. He has won many awards which also including the grammy and he is also one of the highest-paid Dj artists.

He is a Swedish DJ, record producer, and musician. He has also won DJ of the year in the year 2017 Electonic music awards and he is also one of the best live performers.

Sonny John Moore of L. Popularly known as Skrillex is one of the most popular names in the dance music scene with unparalleled skill in producing amazing dubstep music. With quick rising in the dance music sphere, he first entered the industry as a lead singer with “From First To Last”.

Armin van Buuren is a DJ and producer. Five-time number one position in the critically acclaimed DJ Mag Top 100 DJs Poll has been the result of his loyalty to fans, his creativity in the studio, and the perseverance with which he hosts his weekly radio show ‘A State Of Trance’.

Many of the mentioned Djs took inspiration from this legendary duo and just by that we can know how big and great their work was. This duo comprises of  Guy-Manuel de Homem-Christo and Thomas Bangalter. In Feb 2021 the duo went their different ways partially.

Dimitri Vegas & Like Mike’s path from celebrated DJs to dominating the global electronic music scene has been on a constant, upward trajectory leading them to once again become the World toppling No.1 DJs.