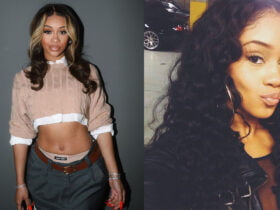 So, here are our top picks for the best guitarists of all time.

Mark Knopfler‘s fingerstyle technique is unquestionably the most important aspect of his playing style. He is able to manage every element of his luscious tones and Strat cleans with a stunningly sensitive touch, despite his odd pick-hand posture.

If to tell about Gary, his soul and body both were one with the blues what else can be said about the man. He won’t be alive but his songs will always be remembered

George knew each hidden Elvis solo; his primary roles were rockabilly – Carl Perkins, Eddie Cochran, Chet Atkins, Scotty Moore – but he always added his own twist. That solo in “I Saw Her Standing There” used to make me swoon even when I was a kid. There’s nothing else there that you can conceive. He possessed a unique ability.

His expansive, exquisite, persistently melodic solos were as bracing a wake-up call as those alarm clocks on The Dark Side of the Moon — he was a fiery, blues-based musician in a band that hardly ever performed the blues.

B.B. King and Eric Clapton regarded Vaughan as a peer. Despite his death in a helicopter crash in 1990, he continues to inspire numerous generations of guitarists, from Pearl Jam’s Mike McCready to John Mayer and emerging young young young young talent Gary Clark Jr.

“Unchained,” “Take Your Whiskey Home,” and the beginning of “Ain’t Talking ‘Bout Love” are just a few of Eddie’s riffs. He gets sounds that aren’t guitar sounds – a lot of harmonics and textures that occur simply as a result of his picking technique. In “Unchained,” there’s a section where the riff sounds like it’s being played by another instrument.

Playing with and around a vocalist, replying and pushing him, takes genuine creativity. That’s the brilliance of his two albums with Rod Stewart, Truth from 1968 and Beck-Ola from 1969. Jeff isn’t getting in the way, but he’s sticking up his end of the bargain. And he pushed the blues to new heights.

He saw a way to break free from the guitar’s preconceptions. If you listen to “The Song Remains the Same” from beginning to end, you’ll notice that the guitar goes through a lot of various variations – louder, quieter, softer, louder, louder, louder

He just plugged a Gibson guitar into a Marshall and called it a day. The fundamentals. The blues, to be precise. His solos were memorable and melodious, which is exactly what guitar solos should be: a part of the music. I’d be able to hum them to you.

His playing appeared to be effortless. It doesn’t feel like he’s working hard at anything during his recorded career; instead, it feels like it’s all pouring from him. “Little Wing” is the most beautiful song in the Jimi Hendrix catalog. It’s simply this lovely melody that you could study for the rest of your life as a guitarist and never get down, never get inside it as he does.