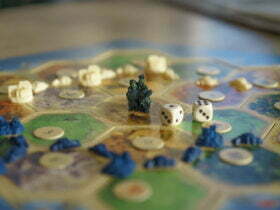 So, this list is about the best of best black stand-up comedians of all time. They all have such great comic timings and create an excellent set for the audience. Some stand at the top in the comedy industry with equal respect and influence.

Also, some comedians fought through racism earlier in their careers but now stand on equal terms.

As being a member of a historically disadvantaged group, these black comedians frequently infused their comedy with vital social and political themes. These were the pertinent challenges confronting black communities. Also, their ability to sarcastically keep their point is always great.

So, here comes the list of the top 15 best Black stand-up comedians:

Darryl Lynn Hughley is a popular American actor and stand-up comedian, born on March 6, 1963. Best known as the authentic host of BET’s ComicView from 1992 to 1993. He is one of the “Big Four” comedians in The Original Kings of Comedy.

Bernard Jeffrey McCullough(stage name Bernie Mac) was one of the best American black comedians and actors, born on October 5, 1957, & died on August 9, 2008. He joined fellow comedians Steve Harvey, Cedric the Entertainer, and D. L. Hughley in the film The Original Kings of Comedy.

Cedric Antonio Kyles (stage name Cedric the Entertainer), a famous American black stand-up comedian, born on April 24, 1964. Best known for co-starring with Steve Harvey on The WB sitcom The Steve Harvey Show. In 2019, he received a star on the Hollywood Walk of Fame.

He is heavily known for his role in the sitcom “Malcolm and Eddie” as Eddie Sherman. There was no topic particular in Eddie’s stand-up but also every topic was funny for him. He is a gifted man.

Born in Philadelphia Kevin Hart are a very influential actor, comedian, and producer. Everyone may know about him now. But when he was an unknown guy his struggle was real and he used to go to competitions to gain some recognition.

He is a well-known actor and writer best recognized for his roles in the films Bad Boys and Bad Boys II. Aside from comedy, he has also had success in a number of other fields, including talk show host, producer, and satirist.

Born on January 17, 1957, in West Virginia. He began his professional journey as a stand-up comedian in 1985, and audiences adored his brand of humor. He continued this just for four years until entering the Johnnie Walker National Comedy Search in 1989, where he was a finalist. Also, he worked in various sitcoms of which one is “The Steve Harvey Show”. Which aired for like 6 years.

He began performing stand-up comedy at just the age of 13, then by 1990, he had evolved yet into another distinct and interesting comic. He has performed a number of successful solo standup gigs.

Chris Tucker has worked with Brett Ratner on several occasions, producing a few of the best comedy films such as ‘Rush Hour Series’ and ‘Money Talks.’ He is well-known for playing ‘Smokey’ in the film ‘Friday.’

In the 1940s and 1950s, he began his career on the little-known show “Chitlin’ Circuit.” He is not just a comedian, but also a fantastic actor. He is well known for his outstanding performance in the 1970s sitcom “Sanford and Son.”

He is more than simply a comedian. Bill is also a philosopher, actor, and philanthropist. He is well-known around the world for his humor and captivating jokes.

One more from America. Chris Rock is a comedian, actor, and also writer who is just born to do comedy. He was an integral part of Saturday Night Show for 3 seasons.

Must Read: 15 Most Powerful Marvel Characters Of All-Time

Coming straight from Washington D.C. He started doing stand-up when he was just 14. What were you thinking when you were 14? He started his excellent comedy show on Comedy Central called “The Chappelle Show”. Also, he is very funny and entertaining.

Everyone knows him as he became a big film star, but he is actually a comedian. He was a comedy icon in the ’80s and a household name around.

Richard Franklin Lennox Thomas Pryor Sr. was an American comedian and actor, born on December 1, 1940, & died on December 10, 2005. The greatest black stand up comedians who came to the limelight through appearances on live T.V. Also, one of the most influential black comedians who liked a fuss.