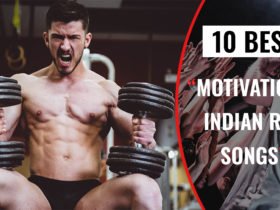 Do You like to watch Horror movies but always spend most of the time searching for the best of them? No need to search anymore, here we are presenting the list of 20 Best horror movies of all time.

Horror movies entertain in an exciting manner. They have supernatural evils like witches, monsters, zombies, demonic clowns that will gruesomely frighten the audience. Some horror movies are just commendable be it classic or modern. From the psychological horror “Psycho” to the hair-raising horror “It”, there are numerous exceptional movies.

The Shining is one of the best horror movies. It is adapted from Stephen King’s novel of the same name. It is a spine-chilling horror. The movie depicts the story of Jack Torrance who has the power to see invisible things i.e. the shining.

Alien is a science fiction horror movie that will haunt you till the end. An onboard spaceship indicates distress signals from the planet. aggressive alien attacked a spaceship crew. This movie is full of suspense, twists and horrific scenes. One of the Best horror movies of all time.

Psycho is a psychological horror movie. It was inspired by the novel of the same name. It is one of the best horror movies. The twists and thrills make the movie engaging and riveting. A psycho murderer alive or dead hunts people and kill them for no reason.

The Thing is a sci-fi horror movie. It is based on the novel “Who Goes There”. A research team of Antarctica found an alien may be fallen from the sky. The alien could transform into the victim’s character. Anyone anywhere can become ‘The thing’. One of the Best horror movies of all time.

Jaws is a 1975 thriller-horror movie. The incidents of deaths around Amity Resort were strange and unnatural. Thereafter truth revealed that a horrifying white shark was responsible for the murders. But would people get rid of its terror?

The Exorcist is a hair-raising horror movie. It depicts the story of a girl Regan who was behaving strangely. Later, her relatives came to know that she was possessed by a sinful spirit. The two priests tried to save the girl at the risk of their lives. One of the Best horror movies of all time.

The Birds is a natural horror movie based on a story by Daphne du Maurier. Who could imagine some birds can be demonic?? A flock of birds abruptly goes violent and attacked the people of Bodega Bay. The movie has won several awards including the Horror Hall Of Fame Award.

Halloween is a thriller-horror movie that depicts the story of a little boy Michael Myers. He murdered her elder sister on Halloween night. After 15 years the evil returned. It is one of the best horror movies praised by critics.

9- Night Of The Living Dead:

Night of the Living Dead is terrifying horror. It is the story of the unburied dead who become alive due to some satellite radiation. The zombies relentlessly attack people around them and make them zombie too. In fact, National Film Registry chose the movie for preservation.

Get Out is a thriller-horror and one of the highest-grossing movies. It narrates the story of a young man Chris Washington. He visits the parents of his white girlfriend. Her family was weird and support racism in a horrifying manner. Chris got stuck there.

Train To Busan is a spine-chilling thriller horror movie. A man and his daughter travel on the train to Busan but things go upside down when a zombie flare-up occurred. Passengers were trapped in the outbreak. They all want to be saved but more passengers turned into zombies. One of the Best horror movies of all time.

Saw is a psychological horror movie, the beginning of the series. A photographer and an oncologist awakened in a different place. They were tied to a bathtub shocked to see a dead body. The twists and thrills make the movie enthralling and captivating.

The Conjuring narrates the story of a haunted place where people can’t survive. Perron’s family visited that farmhouse and experienced suspicious events. Two renowned demonologists Ed and Lorraine were called to get rid of the evil spirit.

The Texas Chain Saw Massacre is an enthralling horror movie. It is one of the best horror movies. It depicts the story of five students who met with a baleful hitchhiker. A chainsaw-wielding man with a mask kills people one by one.

15- A Nightmare On Elm Street:

A Nightmare On Elm Street is a slasher horror movie. It is one of the best horror movies. The movie centred on four teenagers. A demonic spirit killed them in their dreams one by one. But why these four were the prime victims of Freddy??

Dawn Of The Dead(2004) is an action-packed horror movie. It is a gripping remake of George Romero’s movie of the same name. The lives of human beings go upside down after an epidemic. Zombies attacked people and made them alike. One of the Best horror movies of all time.

IT depicts the story of seven children who confronted Pennywise, an evil clown. Pennywise can change himself into any personality. He gruesomely tortured the children. The movie is based on Stephen King’s bestselling novel “IT”.

Hereditary is a creepy horror movie. It narrates the story of Annie who lost her mother. Thereafter, some strange incidents took place that puts light on the shocking revelation of the past. It is considered one of the best horror movies.

The Descent depicts the story of a group of friends who were united for an expedition to the cave. They found themselves trapped in the cave. The bloodthirsty predators of the cave were waiting for their prey.

The Mist is a sci-fi horror movie. It is the story of the people of town Bridgeton, Maine. An unusual mist with freaky creatures appeared and covered the town. Will the people be saved from them?