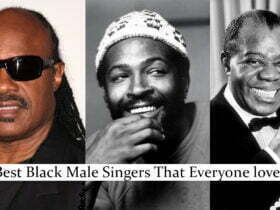 This list is for all the millennials out there who are missing out on the fun songs and times of the 90s. So, which are the best songs of the 90s, any guess? If not then we are here with our very own list of songs of the 90s, which will make you remember the older times.

There are millions and millions of songs but these are some of the songs which made us happy and always pleasant. These are some songs that you would love to listen to in whatever mood you are in.

So, here comes the list of best songs of the 90s you don’t wanna miss

Due to its indisputably sensual, harsh content and its steampunk Salvador Dali visual, “Closer,” a pulsing, hyper-sexualized slice of grime-covered industrial rock, attained cultural ubiquity across the board.

Trent Reznor, like Ace of Base and Celine Dion, screamed about his most animalistic desires on MTV, heralding the coming of the mall-goth age in the mainstream.

Nirvana wasn’t the first band from the 1990s to turn their back on the public after making a hit record. Polly Jean Harvey, like the Seattle superstars on In Utero, enlisted the help of punk rock recording producer Steve Albini (renowned for his raw, unadulterated sound) for her second album Rid of Me. The title track, a primal cry of electric blues-rock that’s equal parts lovesick lament and feminist stomp, encapsulates everything.

TLC, a wicked R&B group, were all over it twenty years before Kanye West realized Paul McCartney’s enduring greatness. They took a 1980 Macca song about the deadly sport of waterfall jumping and turned it into a heartbreaking urban tale with a fantastic chorus. One of the Best Songs Of The 90s.

12. “Cannonball” by The Breeders

Kim Deal comes from the ashes of alt-rock legends the Pixies, accompanied by her twin sister Kelley on guitar and a freewheeling, shaggy-headed, bighearted song. “Cannonball” was one of the strangest radio singles of the 1990s — or any previous decade.

“Shoegaze” was never a great phrase for the hazy, chaotic, deafeningly loud sound hammered forth by My Bloody Valentine in the late 1980s. It was inspired by a crop of bands that supposedly preferred gazing at their guitar effects pedals to connecting with the crowd.

Ride, Slowdive, Lush, Chapterhouse, and The Telescopes, among others, performed some amazing things with noise and melody.

We did say “Beetlebum.” If you want a campfire jam session, “Tender” is the way to go; if you just really want to clobber shit up, “Song 2” is the direction to go; if you like your Britpop lightly carbonated, “Parklife” is the path to go; but if you want Blur doing what they do best – fusing classic British songwriting with weirdo alt-rock – “Beetlebum” is the way to go. One of the Best Songs Of The 90s.

Does the fact that the song’s subject – a Greek girl with a passion for knowledge – supposedly married Marxist economist and maverick finance minister Yanis Varoufakis diminish this devastating Britpop anthem? In no way, shape, or form.

With its clever social message delivered over a stonking disco rhythm and an eternal riff, “Common People” will always be more global than that. It’s very probably the all-time best sociopolitical filler.

Bristol was, without a doubt, one of the most musically significant cities on the globe in the 1990s. Portishead, whose dismal, brooding, and frequently oppressive sound was a conspiracy of contradictions that constituted “trip-hop,” were at the center of it all.

All of Pet Sounds’ youthful heart-on-sleeve intensity is compressed within three minutes. Every guitar twang, every breathy mutter blends into a note-perfect emotional explosion, and Stephen Malkmus and his slacker crew don’t squander a second of this song. It’s almost as though they’re concerned.

Dre and Tupac teamed up for this thundering, classic crowd-pleaser that went beyond California’s boundaries and into clubs all around the world, much like a ’90s hip-hop superhero team-up. True, Pac and Dre had more important tracks, but none better encapsulated their braggadocious attitude and set it out atop one of the most memorable rhythms of the 1990s.

5. “No Diggity” by Blackstreet

Teddy Riley, a Virginia-via-Harlem beastmaster, blends doo-wop, Dr. Dre, old-school R&B harmonies, a piano rumble, and a sample of acoustic blues guitar from Bill Withers into a utopian celebration of all that is rump-shaking about American music. We’re all living in the future that this song foresaw, and we’re all the better off for it.

4. “Juicy” by The Notorious BIG

Christopher Wallace, on the opening track of his massive debut album Ready to Die, has done more to defend the gangsta rap lifestyle than anybody before or after. Biggie’s backstory of Bed-Stuy poverty is perfectly balanced against the braggadocious trappings of fame and money in “Juicy.”

With the aid of the new kid on the block, the N.W.A. producer, who has already had a successful career, returns stronger than ever. With a bass line that rivals “Real Deal” Holyfield’s, this rhythm makes any automobile bounce up and down.

Years before DP started collaborating with Pharrell and soundtracking runway displays, they released ‘Homework,’ a complete album of euphoric, thumping house, the diamond in the crown of which was “Da Funk.” It was influenced by centuries of dance music (the swirling, acid synthesizers, the pounding rhythms strong enough to floor Godzilla), but it also had something new and fantastic — it had da funk. Parker, Tristan

When Nirvana released Bleach on Sub Pop in 1989, all the cool kids will tell you that they were into them. The cool kids are all deceiving you. They, like everyone else, were hooked on Nirvana from the first ten seconds of “Smells Like Teen Spirit” on the radio: Kurt Cobain’s nasty Boston-aping guitar riff erupting as Dave Grohl’s kit and Krist Novoselic’s bass blasted their way into the song and our collective consciousness.