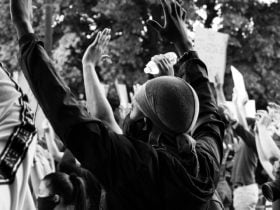 20 Best Protest Songs Of All Time – Must Listen

Here we go folks, in this article, we will be looking for the best Southern Rock Bands of all time. As we all know, Southern rock is a subgenre of rock music and a genre of Americana. It originated in the Southern United States from rock and roll, country music, and blues and is focused generally on electric guitars and vocals.

So guys, when you scroll up the page you will see the best bands of all time.

American southern rock band, formed in Jacksonville, Florida. In 2004, Rolling Stone magazine ranked Lynyrd Skynyrd No. 95 on their list of the “100 Greatest Artists of All Time”.

This rock band, The Allman Brothers Band is one of the best Southern Rock Bands, formed in Jacksonville, Florida in 1969. However, the band incorporated elements of blues, jazz, and country music and their live shows featured jam band-style improvisation and instrumentals.

However, This band has won several awards including, the Grammy Award for Best Rock Instrumental performances, 1996, “Jessica”, Grammy Lifetime Achievement Awards, 2012, Inducted into the Rock and Roll Hall of Fame, 1995.

Most of the original band members had left by the mid-1980s. The band’s current line-up consists of Gray on vocals, keyboard player, saxophonist and flutist Marcus James Henderson, guitarists Chris Hicks and Rick Willis, bassist Tony Black and drummer B.B. Borden. One of the Best Southern Rock Bands ever.

ZZ Top is an American southern rock band formed in 1969 in Houston, Texas. The band has released 15 studio albums and sold an estimated 50 million albums worldwide. They have won three MTV Video Music Awards, and in 2004, the members were inducted into the Rock and Roll Hall of Fame.

Outlaws are an American southern rock band from Tampa, Florida. They are best known for their 1975 super hit tracks, “There Goes Another Love Song” and vast guitar jam “Green Grass and High Tides” from their 1975 debut album, plus their 1980 cover of the Stan Jones classic “(Ghost) Riders in the Sky”. One of the Best Southern Rock Bands ever.

38 Special is an American southern rock band, formed by Donnie Van Zant and Don Barnes in 1974 in Jacksonville, Florida. They are best known for their early 1980s hit singles “Hold On Loosely” and “Caught Up in You”.

Molly Hatchet is an American southern rock band formed by guitarist Dave Hlubek in Jacksonville, Florida, in 1971. They were the most popular band during the late 1970s and early-to-mid 1980s among the Southern rock and hard rock communities.

They are one of the Best Southern Rock Bands ever. Also, They had successful hits on the Billboard charts, including “Flirtin’ with Disaster”, “The Rambler”, “Bloody Reunion” and “Satisfied Man”.

Wet Willie is an American band from Mobile, Alabama. The band’s best-known tracks include, “Keep On Smilin'”, which reached No. 10 on the U.S. Billboard Hot 100 chart in August 1974. Several additional of the group’s songs also occurred on the singles charts in the 1970s, which utilized their soulful brand of Southern rock. One of the Best Southern Rock Bands ever.

American rock band, Kings of Leon, formed in Nashville, Tennessee, in 1999. The band’s early music was a blend of Southern rock and garage rock with blues influences. The band gained initial success in the United Kingdom with nine Top 40 singles, two BRIT Awards in 2008. The group has 12 Grammy Award nominations, including 4 wins.

Black Oak Arkansas is an American Southern rock band named after the band’s hometown of Black Oak, Arkansas. The band reached the height of its fame in the 1970s with four charting albums released in that decade.