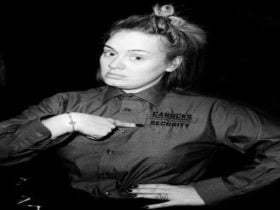 10 Superior Adele No Makeup Picture Will Shocked You

Here we go guys, In this article, I am going to present to you the best Video game theme songs of all time.

Music is one of the most important aspects of a video game and it can really make the game. Video games are an interactive form of entertainment, and the music that accompanies these games is a key component of the overall experience. The music in video games can be just as important to the gameplay as the story, graphics, or controls.

The soundtracks of games can create a mood, set the tone of a scene, or introduce a new level. It can also be used as a reward for playing a level, or a reward for doing something well.

There are a lot of songs that are iconic to the game they are from such as the Zelda theme, the Super Mario Bros. theme, and even the Tetris song. So, In this list, I am going to share my favorite video game theme songs.

The Elder Scrolls III: Morrowind Official Soundtrack released in 2002, composed by Jeremy Soule. It marks the first game in the series to feature his music, as well as what would become known as The Elder Scrolls theme in Nerevar Rising.

The soundtrack was assembled with mixed reviews. In 2003, it was nominated for the category of “Outstanding Achievement in Original Music Composition” at the 6th Annual Academy of Interactive Arts & Sciences’ Interactive Achievement Awards but lost to Medal of Honor: Frontline.

“Final Fantasy”, a systematic piece of music composed by Nobuo Uematsu in the Final Fantasy series. Also known as the “Opening Theme” and the “Prologue”, played during the opening series.

The game, “The Last of Us” Original Soundtrack is the heaviest & popular soundtrack composed by Gustavo Santaolalla for The Last of Us. The album had released online and in stores on June 13, 2013, by Naughty Dog and Sony Masterworks.

The game, “Donkey King” has one of the most famous and unique thriller soundtracks ever. The story of the game follows the adventures of an ape named Donkey Kong and his clan of other apes and monkeys. The Donkey Kong franchise has sold a total of over 80 million copies worldwide as of 2022.

The Pokémon Theme is the opening theme song for Pokémon: Indigo League, and the first entrance theme song of the English anime series, also marks the first track in Pokémon: 2. B.A. Master. It is the most iconic theme tune in the English Dub of the franchise.

Mega Man aka Rockman is one of Capcom’s best-selling video game series, holding over 50 games for multiple systems separated into seven series. The succession usually includes a namesake character as the main character. Listen to the full soundtrack here. One of the Best Video Game Theme Songs Of All Time.

The Legend of Zelda initially released in Japan as The Hyrule Fantasy: Zelda no Densetsu is a 1986 action-adventure video game developed by Nintendo and designed by Shigeru Miyamoto and Takashi Tezuka. Koji Kondo also composed the game’s five music tracks. This track marks the best Zelda track ever.

The game’s music is the most popular music of all time. All of Doom’s music was composed by Robert Prince. There are 23 distinct tracks present across the original 3 episodes, with Thy Flesh Consumed not introducing any new tracks. One of the Best Video Game Theme Songs Of All Time.

The game, ‘Contra’ is a run-and-gun shooter video game developed and published by Konami, released on February 20, 1987. The theme from the arcade version of Contra is one of the soundtracks included in the video game album Konami Game Music Vol.4: A Jax.

The L.A. Noire Official Soundtrack is full of 40’s jazz and blues music, in addition to period-authentic publicity and radio shows playing over the radios of Team Bondi’s recreation of 1947 Los Angeles.

Super Smash Bros. Ultimate is a 2018 Japanese crossover fighting game developed by Bandai Namco Studios and Sora Ltd. The game follows the series’ traditional style of gameplay: handling one of the diverse characters, participants must use differing attacks to dilute their enemies and knock them out of an arena.

The Halo Original Soundtrack is a soundtrack for the video game Halo: Combat Evolved. Composed and produced by Martin O’Donnell and Michael Salvatori for Bungie, the soundtrack was released on June 11, 2002.

Most of the theme from Halo: Combat Evolved is present on the CD, although some melodies have been remixed by O’Donnell in medley form for “more enjoyable” listening.

It was one of six themes composed for the game by Nintendo sound designer Koji Kondo. According to its composer Koji Kondo, Of the six tracks of the Super Mario Bros. soundtrack, this theme took the most time to develop.