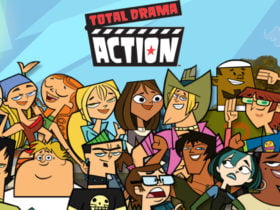 Hey guys, we are presenting the Best Web Series on Zee5. Zee5 is an OTT platform with a massive user base. It offers Zee Network channels, Originals, Movies, Web series, reality shows and much more.

Zee5 subscribers get access to AltBalaji content because of the content alliance between them. It also introduces Hipi where recorded video can be shared by users. It offers a variety of web series. Be it sci-fi, thriller, rom-com, drama, horror or action-adventure.

In fact, When you want to watch a web series, it must be worth watching. Have a look at the list of Best Zee5 web series with IMDb ratings.

A breakPoint is a documentary web series streaming on Zee5. It is the story of former doubles tennis players Leander Paes and Mahesh Bhupathi. The web series depicts the fellowship, determination and aspiration of the players.

Kaali is a Zee5 thriller web series. The series depicts the story of a mother who wants to save her son. She involves in drug smuggling in the course of time. It is one of the best web series on Zee5.

Churails is a Zee5 original web series. It is a drama thriller series that revolves around four women. They make an agency to find out the treacherous husbands. It is an interesting series filled with twists and turns.

Jeet Ki Zid is an Indian military drama web series. It is an inspiring story based on the life of retired Indian Army Major Deependra Singh Sengar. Actor Amit Sadh plays the commendable role of the officer. Watch this amazing series on Zee5.

Qubool Hai 2.0 is a romance drama web series streaming on Zee5. It is a story of two individuals with different personalities but falling for each other eventually. Will their cross-border love story be complete?? It is a must-watch drama series.

Kaafir is a drama thriller web series streaming on Zee5. It is based on the true story of Shehnaz Parveen. The web series depicts the story of a Pakistani woman who is falsely alleged to be a militant. It is one of the best web series on Zee5.

Abhay 2 is a Zee5 crime-drama thriller web series. Abhay Pratap Singh is a determined officer who gives the best to solve the most complicated cases. It is an enthralling web series that will captivate you for sure.

Rangbaaz is a Zee5 crime action web series. It narrates the story of the most wanted Gangster of Gorakhpur(UP). The series is based on true events back in the 1990s. The renewed season Rangbaaz Phirse was released in 2019.

State Of Siege 26/11 is an action thriller web series. It is based on the 26 Nov 2008 Mumbai terrorist attacks. The series narrates the role of NSG to save the city from terrorists. You will dive into the scenarios of attacks and rescue of suffered people.

Never Kiss Your Bestfriend is an adaptation of the novel of the same name. It is a rom-com story of two best friends Sumer and Tanie. The series depicts the true essence of friendship with a perfect touch of comedy and romance.