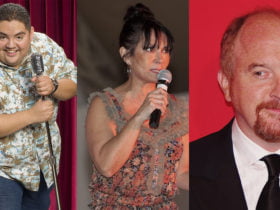 We will find out here some of the most funny country names you knew but never gave quite a thought. There are many countries around the world, with millions of people living in their various countries happily. But, have you ever given a thought about some countries that have really funny names and can provide us with a big horde of laughter.

Also, like every other country, there are millions of people living in these countries, have different cultures which should be respected.

So, now without any further adieu let’s find out which are the most funny country names.

What is the name of the country where Asian crows hibernate? They’ll be in Croatia.

What is the name of the island state with no decent singers? In Singapore, there are no decent vocalists. Most Funny Country Names ever.

Must Read: 10 Most Cool & Funny Band Names Will Shock You

What happens when you dine in a posh restaurant in Prague, Czech Republic? You understand Czech.

Someone told me of a country where individuals are only known by their last names and don’t have first names. It was explained to me that it was Suriname.

Who wants to eat some Monaco biscuits. Most Funny Country Names ever.

I’m not interested in traveling to Central America since I am Haiti the region.

Also Read: 51 Best Rock Bands Of All The Time

My journey to Africa had to be canceled due to difficulty. I’m Chad on the subject.

I wanted to spend Thanksgiving as an American living in the Middle East. So, Iran, go grab some Turkey for me.

I was so Hungary throughout my journey to Europe that I decided to go to Russia to obtain some food.