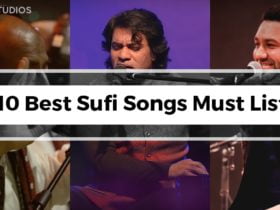 We are going to consider the Greatest warriors of all time. As you know, history has witnessed numerous fierce warriors.

A warrior always fights and never gives up. He fights fearlessly till the last breath. There have been legendary warriors who fought the deadliest battles.

Here we have compiled a list of the 15 greatest warriors of all time you must know:

Maharana Pratap is one of the greatest warriors of all time. He was the Hindu Rajput and the ruler of Mewar, Rajasthan. In fact, He wants to get Mewar free from Mughals.

Moreover, Maharana is well known for his participation in the Battle of Dewar and Battle of Haldighati. He never surrenders to the Mughals.

Mansingh wins the Haldighati Battle. But, Maharana Pratap gets back to the western regions of his dominion. In the battle of Dewar, Pratap invaded and captured the Mughal post.

Afterwards, He took control of Western Mewar and built a new capital Chavand. He died at the age of 56 due to an injury.

Alexander The Great was born in 356 BC at Pella in Macedonia. He was son King Philip II. Alexander showed stupendous courage, at the age of 12, when he control the wild horse Bucephalus.

Alexander united the Greek city-states. Afterwards, He became the King Of Babylon, Asia and Persia.

Further, Alexander was the leader of the Corinthian League. He established a colossal empire from Macedonia to Egypt and Greece also.

Julius Caeser was the Roman political Dictator. He was one of the greatest fearless warriors in history. Also, Julius was a passionate leader.

In fact, He defeated the tribes of the north and twice invaded Britain. He also defeated Vercingetorix in the Battle of Alesia. Then, Caeser conquered the empire of Gaul and expanded the Roman Empire.

As a matter of fact, He had fought various wars and civil wars also. In the Ides of March, in 44BC, some Senators plotted against Caeser and assassinated him.

Chhatrapati Shivaji was one of the greatest warriors of all time. He was the ruler of the Maratha clan. Shivaji Bhosale I named Chhatrapati Shivaji for his leadership and courageous abilities. In fact, Shivaji is known as the “Father of Indian Navy”.

When Mughals sent Shaista Khan to invade Shivaji’s Dominions. He captured the Chakan Fort and other Swaraj territories. Shivaji attacked Lal Mahal. As a result, Shaista Khan leaves Pune and Shift to Aurangabad.

Shivaji started recapturing forts from Mughals. In 1674, Chattrapati Shivaji ascended the throne of Swaraj. Interestingly, Gold and Coppercoins were minted in the coronation called hon and Shivraj.

Spartacus was one of the escaped Slaves in the Third Servile War. He was a Thracian Gladiator who led the rebellion against the Roman Republic. Significantly, Spartacus became the inspiration for the slaves.

He was a courageous leader and warrior. Further, Spartacus and his gladiators moved north and fought Roman forces attacks and then moved to the south.

Afterwards, Roman General Crassus led an army against gladiators. Spartacus was killed in this fight.

Montezuma II was the ninth Aztec emperor of Mexico. Montezuma had a Special crown. The crown was made of gold cloaked with 400 feathers of sacred Quetzel Bird.

After becoming the emperor, Montezuma increases the tax for merchants. Hernan Cotes, A Spanish invader came to Technochtiltan. Undoubtedly, He was one of the greatest warriors of all time.

Montezuma tried to bribe Cortes for the alliance. But, he refused to do so. Montezuma expanded the empire from Xoconosco in Chiapas in the south and Isthmus of Tehuantepec. Later, Cortes made Montezuma a prisoner.

7- Richard The Lionheart: The Legendary Warrior

Richard I was the King of England, Duke of Normandy and Count of Anjou. Moreover, He was a greathearted brave King. He gets the title “Richard The Lionheart”.

Indeed, Richard has won many battles against Muslim Leader, Saladin.

He joined Third Crusade to free the homeland from Saladin. Meanwhile, the Duke Of Austria captured Richard. Then, they released him after their demands were fulfilled.

Afterwards, he returned to England. Richard died at the age of 41 due to an arrow wound during sieging a french castle.

Prithviraj Chauhan was the Rajput King Of the Chauhan dynasty. He was one of the greatest warriors of all time in history. At the age of 13, He defeated Bheemdev, the ruler of Gujarat.

Surely, Prithviraj was a valiant King, he defeated the Turkish ruler Mohammad Ghori in the First Battle of Tarain.

Contrarily, In the Second Battle of Tarain, Ghori defeated Prithviraj and captured him. Even after losing his eyes in captivity, courageous Prithviraj Kills Ghori with the skill of shabdbhedi baan.

Miyamoto Musashi was a Japanese swordsman. Surely, one of the best swordsmen in Japanese history.

He wrote a book, The Book Of Five Rings on strategy, tactics and skill philosophy. In fact, He has founded the Niten Ichi-Ryu style.

At the age of 13, He fought for the first time and won. He has fought with many depts but never lose any time as Miyamoto mastered the skill of swordsmanship.

10- Vlad The Impaler: The Fearless Warrior

Vlad The Impaler was the Prince of Romania. He was notorious for cruel punishments given to enemies.

Besides, John Hunyadi started a movement against the Ottoman Empire and Vlad joined him.

Moreover, Vlad invaded Saxon territory as it would be easy to invade Ottoman. Vlad was one of the greatest warriors.

Xiang Yu was a Chinese leader and rebel for Qin Dynasty ruled in China. He joined the Chu army and become a commander. Then, Xiang Yu captured Qin Dynasty.

Undoubtedly, Xiang was one of the courageous warriors in china history.

Rajaraja Chola(Arulmoli Varman) was one of the greatest warriors of all time. Rajaraja was the emperor of the Chola Dynasty.

He conquered Cheras, Pandyas, Vengi and Kalinga. Significantly, he expanded his empire in western and southern Tamilnadu, Karnataka, Kerala and the northern part of Srilanka.

Leonidas I was the king of Sparta. He was a brave leader. King of Persia, Xerxes wanted to invade Sparta. Leonidas and his Greek army decided to fight.

Despite having an army of around 4000 soldiers, they wanted to fight with 80,000 Persian soldiers. Spartans fought fearlessly. While protecting their land they all were immersed.

Genghis Khan was the founder of the Mongol Empire. He was notorious for his leadership, warfare tactics etc. In fact, He used spies around the enemies to track their newest technologies.

By all means, Genghis Khan conquered the Xi Xia, Khwarizm and Jin Dynasty.

Bajirao Ballal Or Bajirao I was the 7th Peshwa of the Maratha clan. He expanded the Maratha empire in Gujarat, Malwa and Bundelkhand.

Significantly, Bajirao captured Ghodbunder Fort and Vasai in the Battle of Vasai. Surely, Bajirao was one of the greatest warriors, an enthusiastic leader and a proud Peshwa.