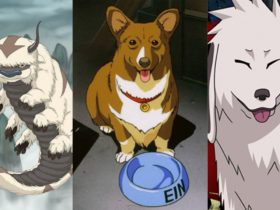 15 Best Anime Animals Of All Time

Born in the south of the United States, trap songs have gained a lot of attention in the last few years. Ever since the rise of dance music has taken place, Trap has been one of the most popular genres. Regardless of if you are at the biggest music festival or a small house party, it is impossible to not hear trap music (and the various versions of it) play. Today, we have made a list of some of the most popular trap songs; some that introduced the genre to the world and some that keep the popularity of this genre at an all-time high.

Released in 2012, this song is essentially what brought trap music on the map. Recorded by American DJ and producer Baauer, this is one of those trap songs that have high energy and can make anyone move. The Harlem Shake dance meme was a perfect way to show how crazy this song can be.

This one released in 2013 and instantly gained traction. With a heavy bass, absolutely killer drop, and catchy melody, this song is guaranteed to blow your mind. It was released by Australian producers Flume and Emoh as part of their collaboration project “What So Not”. This is one of the best trap songs to dance to as has a very pop EDM vibe.

Right from the start, this 2017 banger has very high and vibrant energy and is one of the best trap songs to start your day with. The “ladies and gentlemen start your engines” is bound to pique your interest, get you in the mood and will prepare you for the electrifying bass drop that follows.

MUST READ: Must Have Sangeet Songs for your Sangeet Playlist

2013 was a great year for trap songs as many killer tracks were released and this happens to be one of them. This track is a hit, especially at parties, as it has an amazing drop and a very catchy melody. To make things even better, the video for this song is quite interesting and funny. Not only is this song worth listening to but the video is a must watch as well.

This is one of the most out of the box trap songs. TroyBoi has always been a prominent artist in the trap music world with numerous hits on his side. But this one is an absolute killer. This track has an oriental music influence mixed with hip hop creating a super catchy instrumental which will make everyone sway.

If you’re looking for one of the best trap songs with insane vocals, this is the one. Ella has a vocal sample that will bring chills to your body. This song may have a haunting vibe but will definitely hype you up making you want to dance.

DJ Snake has many hit songs that rule the music industry and this one is no less. True to its name, bird machine, this song actually sounds like birds calling. That sound has been mixed with different EDM elements making this song unique and catchy!

You cannot possibly have a best trap songs list and not include this one. This is one of those tracks which have you hyped up no matter where you are – in a party, in the gym or even just by yourself in your room. Rick Ross’ rap really ties in well with the trap beats by Skrillex, making this one of his most most popular songs.

Made in the golden era of trap, this 2013 hit song by Bro Safari is one of the OG tracks to define trap music. This trap song has an extremely catchy tune which is perfect to dance on. This song is surely going to have everyone running to the floor just to jump on that perfectly timed drop.

Another defining track for the world of trap music is Higher Ground. Iconic artists Hudson Mohawke and Lunice came together for a project called TNGHT and released this banger. Everything that defines trap music now, can be found in one of the most popular trap songs.

An iconic remix for an iconic song. This song was not only a game changer for trap music but also for San Holo. It is one of the most viewed track songs on YouTube. Whether you like Snoop Dogg or not, the amazingly catchy beat by San Holo will definitely get you in the groove.

What Harlem Shake did for trap music in 2012, this track did in 2013. Although it is a trap song, it has a pop element which makes it extremely popular at parties. To make it even better, the video is hilarious. This list is incomplete without this gem of a track.