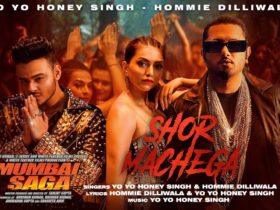 Here we go guys, In this article, we are going to discuss some facts about rapper Divine. Director Zoya Akhtar’s masterpiece Gully Boy enchanted the audience with its homespun, hip-hop culture. Rap is generally a song genre that is more like a rebellion against social discrimination, totally raw.

The rapper songs are a feast, especially if you need some sick, new tunes in your life. The slums and chawls of Mumbai have been a fertile ground for desi raps, an Indianised style adapted from its American counterpart. Their songs gave a push to the emergence of hip-hop culture in India, Rapper Divine is one of those gems we have discovered.

Rapper Divine is the Mumbai based rapper who became famous after leading a pretty struggling life. There are many unknown facts about this real Gully Boy, that we can afford you to miss.

1 – Why He Change Original Name To Divine

Fewer people know that the actual name of Rapper Divine is Vivian Fernandes. The reason he changed his original name to Divine when he was just a teenager was that in his earlier days, he used to visit the church with his grandmother, he used to do religious rap and writing gospel songs. After drafting 2-3 gospel songs, he later decided that the name Divine will be just perfect.

2 – Facts About His College Life

He was a music enthusiast since his school days. He is an alumnus of St. John Evangelist High School, Marol, and then RD National College. During his early years as an aspiring artist, he used to play ‘fillers’ during college shows.

Divine faced very tough days in his childhood as his father was an alcoholic. His parents were not in good terms for obvious reasons and to maintain a financial balance, his mom started doing a job in the Middle East. Divine used the money her mother used to send to afford a house in Sahar Slums but his father sold that house too. He later gave half of the money to Divine and his brother and decided to get out of their life.

Not only he is a good rapper but an ideal son. He gives all the credit for his success to his mom who struggled a lot to fulfill his needs. When he established his career as a Rapper, his definition of success was to bring back his mother to India to live for the rest of her life with him. After earning fame, Divine called his mom back to India from the Middle East. He finally fulfilled his dream after 13 years, and to the surprise, his mother saw him live on the stage with Nucleya.

5 – How Did He Understand Rapping

His interest in rapping rose when he saw his friend wearing a T-shirt with the picture of rapper 50-cent on it and asked him about it, his friend told him about 50 Cent, Eminem and Dr Dre and also gave him a collection of their best raps. But he initially didn’t understand the lyrics of their raps as they were in English and therefore he started learning English.

This was a great turn in the life of Divine as rapping entered in his life from here. In rapping, Divine has been immensely inspired by Nas and connected a lot with his album Illmatic. This is where Divine found his inspiration to write about street experiences and became our Gully Boy.

Divine’s first-ever rap “Voice of the streets” was in English which he released on YouTube. But unfortunately, it didn’t become a success and Divine decided to change his language back to Hindi and released a rap called “Ye Mera Bombay”. This song became a huge success and bought him accolades and awards too.

7 – What Does He Think About Rapping

Divine is very vocal about his opinions and says he doesn’t relate with other rappers like Honey Singh, Badshah as all their songs are focussed on only girls, alcohol, and cars, on top of that it’s not real hip hop and he will never do that.

Divine even faced Copywrite strikes from the famous music company, Zee Music Company, on youtube after the release of the track ‘Teesri Manzil’. The rapper uploaded the song again with the modified lyrics.

9 – How Does He Write Lyrics

Divine was definitely not a silver spoon boy. His life was a total roller coaster ride with lots of hardships. He lived in the slum area of Andheri and witnessed the construction of an international airport in his proximity. He felt like the rich were becoming more wealthy, and the poor poorer. So he decided to be the voice of the poor and composed the song ‘Mere Gully Mein,’ which bought him huge popularity.

Divine is one of the very rare rappers who performed with a complete band featuring names like Randolph Correia, Jai Row Kavi, and The Spindoctor, with a whooping audience of between 5,000 and 15,000 people

Divine Rapper’s lyrics raised the issues faced in his pin code, and soon became a standard for other rappers in the city, giving rise to the phenomenon called gully rap. The realistic rapping attracted the common man who could relate to the lyrics. Deviating from conventional rap, their desi and raw ways found appreciation amongst the audience