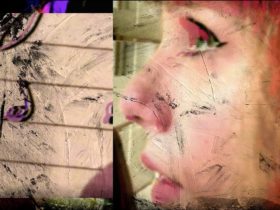 The song is composed, sung and written by Abeer Arora and the music is produced by popular British Indian composer, singer & filmy scorer Manj Musik, who has churned out chartbusters such as Laal Ghaghra from Good Newwz, Aaja Mahi from Singh Is Bling, Swag Mera Desi ft. Raftaar and The Pappi Song from Heropanti in the past.

The track is a romantic song with Punjabi pop influences. The music video of the song has been shot in Goa.

“I had so much fun writing, singing, and composing ‘Beja beja’.” Abeer said about the track, “I’m thrilled to give the listeners something they can enjoy as they reel under the memories of going for long drives. I’m grateful to have had Manj Musik produce the song. He has been super supportive in widening the canvas of the track. Most of all, I can’t wait for the reaction from listeners.”

Manj Musik said about ‘Beja Beja’, “The song marks my second collaboration with Abeer after ‘They call me Rambo’. When I heard Abeer’s composition for the first time, it made me want to hit repeat. I hope the song finds a spot on the listeners’ playlist. I’m very excited to know what they have to say about it.”