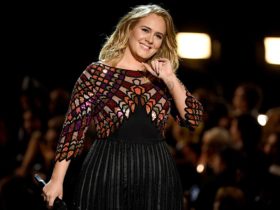 English singer and songwriter, Anne Marie has collaborated with Niall Horan for the biggest track, ‘Our Song.’ Watch the colorful video below.

The singer also announced their second album, ‘Therapy,’ which will be out on July 23rd. The track is the first track she dropped officially. Pre-save the full album by clicking here.

She announced the album via social media, “WHAT IS GOING ON!!! 🌺THERAPY🌺 is out on JULY 23rd!!! My second baby 👶 It’s been a while huh!? I’ve written so many songs since Speak Your Mind and I have grown and changed so much during that time too. I’ve been very high and very low, I’ve been lost and now I’m found.

“Since the pandemic, I had time to realize I needed some help with my brain & I finally found the light. As well as music being my therapy, I’ve also been seeing a professional psychologist for about a year now, once every week and it has completely changed my life. This album represents that journey. It’s full of happiness, sadness, revenge, love, and revelation and I hope you feel all of those things when you listen to it. I love you all. More than you could ever imagine. If you’re looking for a sign to reach out to someone and ask for help, this is it 💗” She added.