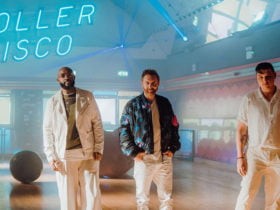 David Guetta Team Up With Mistajam & John Newman For New Remix Track, “How Will I Know”

The track, ‘To Be Young’ marks Anne-Marie’s first release since she dropped ‘Birthday’ in February and ‘Her’ in March. Co-written with Billy Walsh, Louis Bell, and Delacey. The song also serves as the third single from Anne-Marie’s yet-to-be-announced second studio album, following the release of her debut album ‘Speak Your Mind’ in 2018.

“Fall in love, broken heart / Break the rules, drink too much / We’re all a mess, but I guess / This is what it feels like to be young,” they belt in the anthemic chorus.

They dropped a very amazing colorful video, where Anne Marie sings the song in her bedroom and outside the home. Doja Cat also performed the song at home, we can see the shoot of the song taken from the many places in the house. Enjoy the video below.