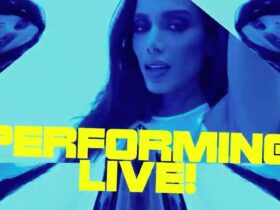 The album, “WE” is 10 tracks, but really more like five songs, taking into account various parts and chapters that give the album its epic scope, capturing the joy-in-the-face-of-peril spirit of their beloved 2004 debut <>Funeral, only with the peril a bit heightened.

“It was already sort of all in the world,” Arcade Fire’s Win Butler tells Apple Music’s Zane Lowe. “In order to write music, you have to have this antenna up that kind of picks up little signals from the future and signals from the past. And so I think a lot of times we’re just getting these like aftershocks of things that are about to happen.”

Speaking about the title track, “WE,” – They says, “I think the journey of the record, the first half is: Imagine this character’s like, ‘Get me the F out of here, get me off this planet, get me out of my own skin, get me away from myself. I don’t want to be here.’ It’s anxiety and it’s depression and it’s heaviness, it’s the weight of the world.

And he looks at this black hole like, ‘Well, maybe if I could get through that black hole, that would be far enough away.’ And when he gets there, he finds that it’s himself and it’s everyone he ever loved and the lives of his ancestors. There’s nothing to escape, because it’s all the same thing anyway. Stories and films are always building towards this big conclusion and then the credits roll. And to me, the sentiment is, ‘Let’s just fucking do it again, with all of it—all the pain, all the loneliness, all the sadness, all the heartbreak. I just want to do it over and over again. Just run it back.”