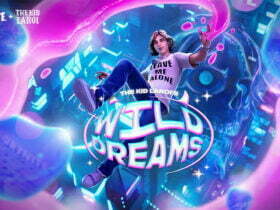 The musical band, Atrangi Funkaar has released their brand new highly-anticipated track named ‘SuperMario.’ Listen to the full song below.

The band released the track, “SuperMario” on 4th Feb. The band has worked super hard on this track to find out the best sound, the best mix, the best team, and the best video of the indie scene. They also seek to create a new space for ‘Alternate Cringe Pop’ through this track.

The story revolves around a Rajasthani household girl who is compared to Peach and her adored sweetheart who is our own real-life SuperMario. Experience this Heroic tale that takes endless twists and turns through every nook and cranny first handed by listening to the song.

Band says about the track, “Our new song “Super Mario” is a game played by most of us, but here we tell his story in a much different and relatable way. The song is sung in Marwadi and hence also will play a vital role in uplifting Rajasthani Music and Culture while uplifting the Indie Scene in the country.”

The band has 2 frontmen, A rapper who specializes in writing and performing rap alongside a singer who has got a sharp pop culture texture. The motto of the band is to initiate and take forward ALTERNATIVE CRINGE POP.

The concept is very new and aims at targeting the audience between 13-35 years by bantering the incidents happening in day-to-day life through our music and lyrics which are portrayed with a subtle satire. This concept was well acknowledged by the IFP(Indian Film Project) as they awarded Kho Gyi, a song that was made in 48 hours, as the golden track of the year.