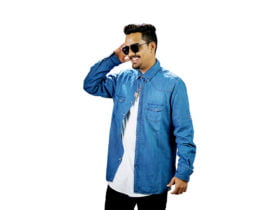 American bassist & co-founding member of the funk band War, B B Dickerson has died at the age of 71.

According to the Pitchfork reports, B B Dickerson died at his home in Long Beach, California. He was 71. He was the lead vocalist behind the band’s 10-minute opus “The World Is a Ghetto,” and his bass line was the driving force behind “Low Rider.”

Dickerson was an original member of War and helped define many of their biggest songs as a bassist, vocalist, and co-writer. He was also a performer and co-writer on “The Cisco Kid,” “Why Can’t We Be Friends,” “Summer,” and more. He was a member of the band until 1979, and in the ’90s, he joined his War bandmates to perform as the Lowrider Band.

Notably, Dickerson was onstage in London in 1970 when Jimi Hendrix joined War for what would end up being his last public performance before he died.