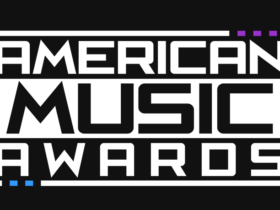 The Indian iconic rapper and Punjabi singer, Badshah has released his first single named ‘SHURU‘ from his upcoming album ‘The Power of Dreams of a Kid.’ – Watch the full video below.

The full album will be releasing on 7 August 2020. On 25th July, Badshah has revealed the releasing date of his upcoming album named ‘The Power Of Dreams Of A Kid.‘

The track is Sings/Lyricist/Music given by Badshah, Mix & Master by ADITYA DEV STUDIO, Directed by MAHI SANDHU, and JOBAN SANDHU, Editor JAGJEET SINGH DHANOA, Co.D: SHARN SANDHU, and released his own Youtube channel.

Coming to the track, SHURU is the Intro track of the album, and Badshah’s story of a relentless pursuit of his dreams since the first time he wrote his first Rap and his teachers called him crazy to this day of being Badshah in spite of the trolling and judgment. He assigns all credit of achieving success to hard work and the importance of failure and negates the concepts of only-fate-matters.

On 7th June, Badshah hinted that his long-awaited upcoming album is on the way. It seems like he has completed his new album work. This album will blast the desi hip hop style. Earlier this month, Badshah officially announced about his upcoming new album – ‘The Power Of Dreams Of A Kid’ #TPODOAK.