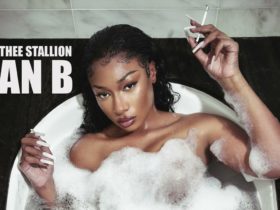 The track, “Hellelujah” is performed by Bella & Byg Smyle, music produced by “PREMISE On The BEAT,” video by Himanshu Bhagat & Somal ZoZo, and released at his own Youtube channel. Know more about the track listen here.

Previously, he released 4 tracks, ‘Narco,’ ‘Laapata,’ ‘Chokas,’ and ‘Baarishein‘ from The Mixtape 2020. Bella wrote about the Mixtape, “Creating a story, Living a story, These are different things I believe we are here Because we earned it And nobody means nobody can do anything about it. [WE ARE COMING FOR EVERYTHING YOU WISH FOR].”

“This is the story of two rappers with a pen in one hand a gun in the other hand, The song has fire, love, hate, drug, money, both these artists are crazy, do not take anything said in your heart and mind and if you have taken ‘We Don’t Fu*king Care’,” Bella added.