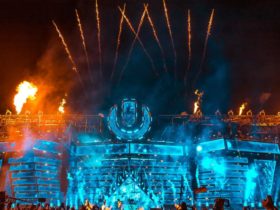 Ultra Abu Dhabi Has Cancelled Due To Coronavirus

The musical artists, Billie Eilish & Beyoncé have been Nominated for the Oscars 2022. (February 8) shortlist announcement.

Eilish is nominated for her Bond theme tune ‘No Time To Die’, while Beyoncé is up for ‘Be Alive’, her contribution to the soundtrack of King Richard.

Last year, Beyoncé set a new record at the Grammys for most awards held by a woman, overtaking the singer and bluegrass artist Alison Krauss with her Best R&B Performance win for “Black Parade.”

Earlier this year, Eilish’s “No Time to Die” took home the Golden Globe for Best Original Song, & the track, “Be Alive” marked Beyoncé’s first new original music since her 2020 visual album Black Is King, written for the biopic about the father of Serena and Venus Williams.