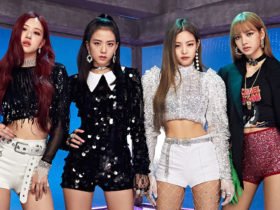 BLACKPINK Will Release “BLACKPINK The Movie” In Celebration Of 5th Anniversary

“Atopos” music video is Directed by Viðar Logi, The visual takes place in a fungal underworld, where a masked Björk, a bass clarinet sextet, and Gabber Modus Operandi’s DJ Kasimyn gear up for a rave showdown.

She also wrote today on Twitter, “here is the first video of my album to the song “atopos” could you please play it loudly? the lyrics are inspired by what roland barthes described as the unclassifiable OTHER “our differences are irrelevant our union is stronger than us” warmthness björk”

The album will be released on September 30 via One Little Independent Records. Yesterday, Björk wrote on Twitter that the track is “kinda like Fossora’s passport”. Her album, “Fossora” is the follow-up to 2017’s Utopia. Recently, she launched a podcast called Björk: Sonic Symbolism.