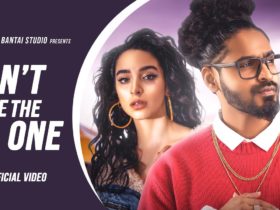 Emiway Collaborates With Kara Marni For New Song, “DON’T BE THE ONE”

Member of the Korean girl group Blackpink, Jisoo has been cast in her first-ever lead role in the upcoming drama tentatively named ‘Snowdrop‘, that is under discussion to air on JTBC(South Korean network).

According to the report, YG Entertainment, founders of Blackpink, confirmed, “It is true that Jisoo is starring in the new drama Snowdrop.” The production will be headed by scriptwriter Yoo Hyun Mi and director Jo Hyun Tak of the hit JTBC series ‘SKY Castle‘.

This will mark Jisoo’s first return to the small screen since her appearance in tvN’s ‘Arthdal Chronicles‘ last year. In June, South Korean actress Kim Hye Yoon was revealed to be considering an offer to star in the drama, but there has not been an update on her status yet.

Recently, Blackpink announced that they will team up with the American singer, Selena Gomez for the new upcoming single. They shared the news via social media with a sweet and glowing artwork that includes the 2 acts’ names over what seems to be dripping chocolate. The new single will be released on 28th August(this month).

More recently, the girl group was featured on Lady Gaga’s “Sour Candy,” a track from the pop star’s latest album Chromatica, and also released their brand new music video called ‘How You Like That,’ on 26th June, that video has created a new record with 81 million views within 22 hours.