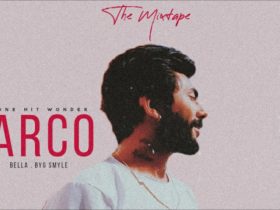 American rapper & songwriter, Bobby Shmurda has been released from prison the NYS Department of Corrections and Community Supervision confirmed the news.

In accordance with the Pitchfork, NYS DOCCS said, “At approximately 8:30 this morning,  Ackquille Pollard was conditionally released from Clinton Correctional Facility. Mr. Pollard will be under community supervision in Kings County until he completes his sentence on February 23, 2026.”

“Thank you for remaining loyal and for riding this six-year sentence out with me,” Shmurda wrote in an Instagram Story prior to his release. “I love you all and look forward to seeing you soon.”

In December 2014, Shmurda was arrested on gang conspiracy charges. The arrest came on the heels of massive viral popularity surrounding “Hot N—a” and the ubiquitous Vine where he threw his hat and hit the Shmoney Dance. Prosecutors claimed the rapper had a leading role in the GS9 gang in East Flatbush, Brooklyn.