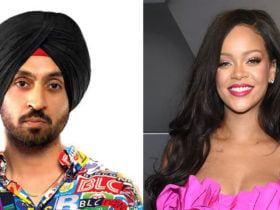 In the video, we can see all the members of BTS dancing alone in multiple sets, on bedroom, on a diner, on record store, before delivering choreography across an array of glossy, technicolor backdrops.

At the start of the month, They unveiled the massive title track name of their upcoming single ‘DYNAMITE.’ BigHit Entertainment shared the title written photo on its Twitter account, where the word “Dynamite” showed out on a pink background.

“We are preparing an album for the second half of this year, but decided to first release a single because we wanted to reach our fans as soon as possible,” they said, “Due to COVID-19, people around the world have been going through tough times and we wanted to share some positive energy with our fans.”

They will perform at MTV VMAs 2020. MTV VMAs 2020 will happens live on Sunday, August 30th at 8:00 p.m. ET at Brooklyn’s Barclays Center. BTS will debut their first-ever live performance at the VMAs and, to premiere a new English-language single called “Dynamite.”

Last week, the K-pop group released their first official trailer of the upcoming movie ‘Break The Silence: The Movie.‘ They shared the news via Twitter and wrote that, “<BREAK THE SILENCE: THE MOVIE> Official Trailer 1.”

BTS’s record label Big Hit Entertainment also announced that, the new BTS MAP OF THE SOUL ON:E concert tour this year. Also, BTS can be dropping their next album in the fourth quarter of 2020 between October-December.