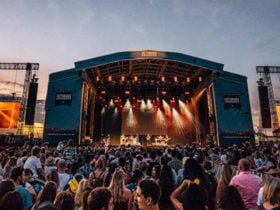 South Korean boy band, BTS has dropped its amazing animated music video for the track, “Yet To Come (The Most Beautiful Moment).” Watch the music video below.

The new graphic features animated versions of BTS fellows as they analyze ‘Island’, which is where their forthcoming mobile game ‘BTS Island: In the SEOM’ is set.

Speaking about the clip, the animated members journey via the desert, before coming across a glass jar containing a tiny island. A whale bursts out from beneath the sand and ferries the group to the island, where they interact with animals, play music, and stargaze.

‘BTS Island: In the SEOM’ is currently available for pre-registration, and will be released on Android and iOS on June 28.