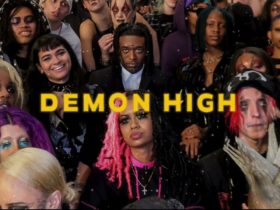 American rapper, Cardi B has announced that she will host the American Music Awards 2021. Check out the full post below.

The host of this year’s edition of the American Music Awards[AMAs], following 5 of her own wins – and a further 10 nominations – over the years. The news reveals after last week’s announcement of the 2021 AMA nominees, with Olivia Rodrigo and The Weeknd leading the pack.

“When I received the invite to host the AMAs, I was so excited,” Cardi said upon today’s (November 2) announcement. “I’m ready to bring my personality to the AMAs stage! Thank you to Jesse Collins, ABC and MRC for making this happen.”

Collins, the AMAs’ executive producer, echoed her excitement. In his own statement, he said: “We are immensely excited to have the dynamic Cardi B bring her infectious energy to the American Music Awards as a first-time host. She will excite the viewers, push the limits and deliver a show that will be remembered forever!”