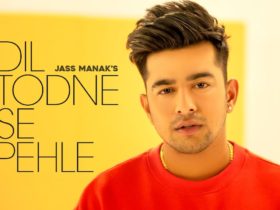 The American singer Cardi B has urged her fans and followers to vote against Republican candidates in May 3 primary elections.

On Wednesday(3rd June), Cardi B took her Instagram and shared a post with the caption, “Hey guys this is why we NEED TO VOTE! Trump is encouraging his supporters to vote and THEY WILL! They follow everything and do everything he tells them to do.”

“WE have the power to vote as well. Trump and the Republican Party have a lot of influencers, followers, and supporters but so do WE! All the celebs and influencers we have the same following and THAT’S WHY WE ENCOURAGING YOU TO VOTE!,” She added.

“This is something that WE CAN ALL WIN TOGETHER.YOU will be apart of the change.”

She uploaded the images of US President Donald Trump’s tweets urging his own followers to vote.

Last month, the singer Cardi B just delivered an inspiring message for graduates youths, “Listen up Class of 2020! I’m teaming up with Facebook to celebrate all of your badass accomplishments this year! And here are some words of wisdom, #Graduation2020“

Cardi B was well aware that the Class of 2020 is facing this dangerous pandemic problem.