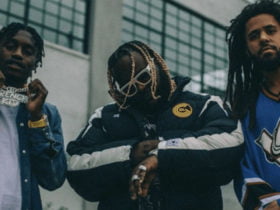 Australian singer & songwriter, Courtney Barnett has dropped her new song, “If I Don’t Hear From You Tonight.” Watch the official video below.

The new song shines with twangy lead guitars and soaring vocal harmonies, a dry and punchy bassline thumping along in the background. It arrives with a video fittingly set in the Californian desert.

In a press release, Barnett explained that her latest single was written after she’d had a change of heart towards the tried-and-true concept of the love song.

“I think my stance in the past was like, ‘There’s so many love songs and they don’t mean anything,’ but there’s something really special about zooming in on a moment and capturing it,” she said. “[The song] comes from the state of where my head was at – trying to communicate honestly instead of keeping [my feelings] guarded.”

* A show in Sydney was also announced, though its details are yet to be announced

Courtney Barnett Drops New Song, “If I Don’t Hear From You Tonight”