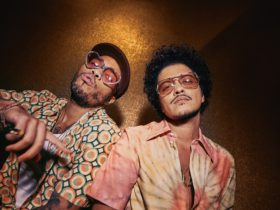 The American rapper, singer, DaBaby has dropped his brand new hip hop track named ‘PEEPHOLE,’ and also announced his new album, ‘Blame It on Baby.’ Watch the full video below.

DaBaby’s new upcoming third album, “Blame It on Baby“ Deluxe Edition, will release tomorrow, 4th August. the album featuring 10 brand new tracks. 2 Days ago, he shared a post on his Instagram and announces the date of the deluxe album.

The music video ‘PEEPHOLE‘ is directed by Spicy and James Rico. It’s actually impressive, especially while you take into account what a mainstay DaBaby has been on the Billboard charts. Towards in between the brand new music DaBaby continues, “It’s off the top, I ever make a song, I never write it/ I’m a GRAMMY-nominated hitmaker.” He’s not wrong.

This time around, Baby is working towards some social distancing in stark distinction to his latest “No Dribble” music video that includes Stunna four Vegas. Lastly, he fought off zombies through the apocalypse with Roddy Ricch in his “Rockstar” visible for one of many greatest songs of 2020.

Meanwhile, Logic’s farewell album No Pressure debuted at No. 2 on the Billboard 200. “Kirk, I’m always on the charts like I’m Drizzy/ Dirk, fade-away, I get the shot like Nowitzki,” He raps.