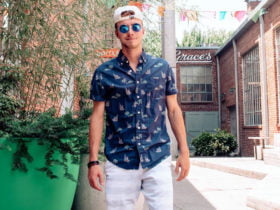 The band also announced their upcoming album named “Asphalt Meadows.” The follow-up to 2018’s ‘Thank You For Today’ will be released on September 10 via Atlantic.

The track, “‘Roman Candles’ is about the crippling, existential dread that goes hand in hand with living in a nervous city on a dying planet. And that the only way to be in the moment is to let it all go,” the band says of the album’s first single.

Frontman Ben Gibbard adds: “The lyrics were cobbled from a couple of different songs dealing with my general sense of anxiety; the feeling that the fabric that weaves a functioning society together was crumbling during the pandemic.”

The vocals come up, “it’s been a battle just to wake and greet the day / then they all disappear like sugar in my coffee / a hint of sweetness but the bitterness remains / the acidity devouring my body”