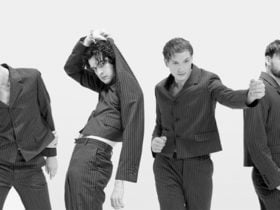 The track will appear on the upcoming Netflix series, ‘The White Tiger‘ which will be out on 22nd January. It is performed by DIVINE, Vince Staples, & Pusha T, Mastering by Luca Pretolesi, a video produced by Mass Appeal India.

The White Tiger is an 2021 American drama film directed by Ramin Bahrani, adapted from Aravind Adiga’s 2008 novel of the same name. The film stars Adarsh Gourav in his first lead role, with Rajkummar Rao and Priyanka Chopra Jonas.

Divine also wrote on Instagram, “Did a song for #whitetigernetflix with some of my fav rappers from the world @kingpush @vincestaples 🔥🔥🔥🔥🕊”