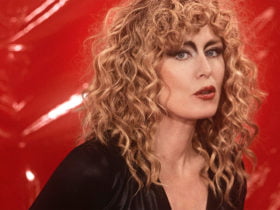 The American DJ, record producer, DJ Khaled, and Canadian rapper, Drake teamed up for their two new songs called ‘Popstar‘ and ‘Greece.’ – Listen to the full song below.

A few days ago, DJ Khaled posted the cover art of the new song on his official Instagram account along with the release date for the tracks. They teased their upcoming collaborations last week. On June 30, the duo posted pictures of owls on their social media, referring to the logo of Drake’s OVO Sound record label, giving us a hint as to what was to come.

The track ‘Popstar‘ starts off with a Drake snippet that says “B******” before DJ Khaled proclaims, “We the best music!” Drake then exclaims “Another one!” as the swirling track unfolds with infectious beats.

The next catchy song, ‘Greece‘ is one other licensed groover with the brand new track beginning off in precisely the same method as ‘Popstar’ did. DJ Khaled once again goes “We the best music!” before Drake quips “Another one!” The instrumentation on this lilting song is more pronounced in the mix as Drake starts singing in a high-pitched, melodious falsetto that sounds auto-tuned.