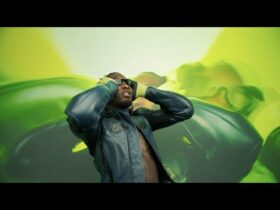 The album, ‘Planet Her’ is ushered in on the euphoric Afropop of “Woman” and moves seamlessly into the reggaetón-kissed “Naked”, the hip-hop-meets-hyperpop of “Payday” and the whimsical ad-lib trap of “Get Into It (Yuh)”—and that’s just the first four songs.

MUST READ – Tyler, The Creator Releases New Album “Call Me If You Get Lost”

Later, R&B ballads and club-ready anthems also materialise from the ether, encompassing the spectrum of contemporary capital-P Pop and also the multihued sounds that are simply just popular, even if only in their corners of the internet for now.

The 14 tracks album checks all the right boxes and accentuates her talent for shape-shifting—she sounds just as comfortable rapping next to Young Thug or JID as she does crooning alongside The Weeknd or Ariana Grande—but it’s so pristine so in tune with the music of the moment that it almost verges on parody.