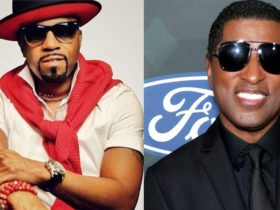 American singer & songwriter, Dolly Parton has revealed her rock album will feature covers of the Rolling Stones, Prince, And many more. Watch the full interview below.

In an interview, her album will feature covers of songs by Prince, The Rolling Stones, Led Zeppelin, and Lynyrd Skynyrd. The news was unveiled during Parton’s latest arrival on The Tonight Show Starring Jimmy Fallon, where she spoke more about the album’s origin stemming from her recent induction into the Rock & Roll Hall Of Fame.

“I even wrote a song about it [‘Rockin’’] to kind of tell the story about it. But anyway, I’m very honored and very proud…. I’m good about the timing. I’d always thought I might want to do a rock record – because my husband is a rock ’n’ roll freak – so I thought, ‘Well, if I’m ever gonna do it, now’s the time!’”

Parton went on to reveal that the album will be titled ‘Rock Star’, and is tentatively set for release during next year’s fall season in the US (between September 23 and December 22). When she was asked by Fallon if the album would feature any guests, Parton said she’d lined up “some cameo people”, and explained that the tracklist would include covers of “a lot of great, iconic songs” as well as “a few originals”.

Among the covers she rounded off were ‘Purple Rain’ by Prince, ‘(I Can’t Get No) Satisfaction’ by The Rolling Stones, ‘Stairway To Heaven’ by Led Zeppelin, and ‘Free Bird’ by Lynyrd Skynyrd.