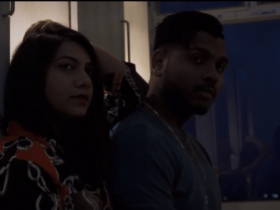 English singer & songwriter, FKA Twigs has teamed up with The Weeknd for the new song named “Tears in the Club”. Listen to the full song below.

The song was co-produced by Arca, Cirkut, and El Guincho & a new music video directed by Amber Grace Johnson. It marks the second recent single from FKA twigs, who released “Measure of a Man” with Central Cee in November.

Meanwhile, Last month, Rosalía & The Weeknd released a song named ‘La Fama’. Also, recently she shared her upcoming “deep, emotional and honest” mixtape, which has yet to receive a release date and will follow up to her 2019 album ‘Magdalene’.