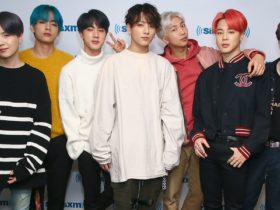 BTS Release “MAP OF THE SOUL : 7 ‘Outro : Ego’ Comeback Trailer” For Their Next New Album

Here is the new video song “Rushing Back” ft. Vera Blue by the most popular music artist Flume, In the colorful visual accompaniment, Flume and Vera Blue (real name Celia Pavey) are visiting here and there and sit in aGlo-painted car whose doors appear to be removed. As we see as camera perspective ,the lighting transforms to simulate changing times of day.

You can Stream/Grub/download this brand new Video Song “Rushing Back” ft. Vera Blue by Music artist Flume From this link :- CLICK_HERE.

Vera Blue(Celia Pavey) is an Australian singer-songwriter signed with Mercury Records Australia, which is part of Universal Music Australia. Her folk-inspired album This Music peaked at number 14 on the Australian ARIA Charts in July 2013. Pavey sings, and plays the guitar and the violin