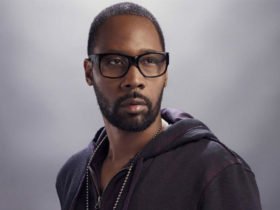 They’ve been teasing the album for a while now, back in September, they shared a brief preview of recent music. The 2 have stored their collaborative relationship steady all year long, with the double release of singles ‘Over Your Head’ and ‘Patek’ back in July.

The album features 16 tracks, including, Stripes Like Burberry, Marni On me, Sleeping On The Floor, Real Baby Pluto, Drankin N Smokin, Million Dollar Play, Plastic, That’s It, Bought A Bad Bitch, Rockstar Chainz, Lullaby, She Never Been To Pluto, F-Off Dat, I Don’t Wanna Break Up, Bankroll, & Moment of Clarity.

Meanwhile, In August, the rapper Future teamed up with Swae Lee and Internet Money for ‘Thrusting’, a song on the latter collective’s latest album ‘B4 the Storm’. He dropped his eighth studio album ‘High Off Life’ back in May, which featured his massive hit ‘Life Is Good’. Also, in January he teamed up with Drake for the tracks, “Life Is Good” and “Desires.” In March, he launched the #MaskOn Campaign, an initiative through his FreeWishes Foundation.