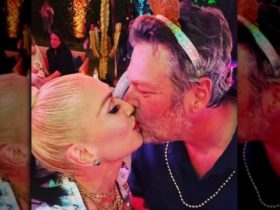 The hip hop artist Drake has tried to date Melyssa Ford & Toccara Jones at the same time. They spoke about Toccara’s intimate line, her break from social media, and the time she and Melyssa dated the same men.

In the episode titled “Chicks Before D*cks,” & America’s Next Top Model alum discusses the time that they found out that they were both dealing with the same guy, though neither of them calls him out by name just yet.

“So one day, I’m at her house. She’s cleaning up and I’m smoking a little something something or what not. And I’m just going on and on about my new beau.” said Melyssa.

“And when this new situation happened, I didn’t say anything right then because of what happened before. The way that that went. While she’s telling me about her new situation, I’m getting ready to go meet this guy.”

“She’s over my house, in my room. Telling me about…and it ate me up so bad. I knew cuz she told me but I didn’t say anything to her right then, what I normally would do. But we had already had an incident with somebody totally different. So I said, let me handle this different. So I went to go see him and then I told her.”

Because I think that’s shady. I should have said something at that point.

Melyssa Continue, “So I’m at her house and she’s mad quiet. So the next morning, I wake up and she’s like, ‘Hey boo, can I come over?’ And I thought that was so strange just because of the time of day. It was in the morning. I lived in the Valley, she lived in Hollywood. So I was like, ‘Why does she want to come over?'”

“But I said yeah of course. So she comes over and she’s like, ‘I got to tell you something. And I’m sorry I didn’t tell you last night, I just was caught so far off guard that I didn’t know what to say or how to say it. But I have to say it. She was just like dude you’re talking to, I’m talking to him too. And I was just like…oh.”

“What I said to her, ‘Knock yourself out.’ I didn’t have to have a conversation with him. I was going to eventually—not eventually probably the next day or something like that because he called me. I just want to say this, that there was no way I was losing my friend to this guy, no matter who the f*ck he was. I was not losing my girlfriend.”

Toccara recalls, “And that’s what I was saying earlier. The women. We have to stick together and hold each other up. We not bout to fight over no guy.”

“It was…can I say it? Drake. He’s a nice guy.” Melyssa Continue.

Melyssa Continue “To me, I thought, ‘Wow, you really did bite off more than you could chew.’ Because I mean—you’ve got Tocarra and then you got me. What I’m trying to say here is the two of us are each a seven course meal. So you greedy, gluttonous m*thaf*cka. And it wasn’t a secret that we were friends. That was what had me. You didn’t to date girlfriends. Don’t be messy.”