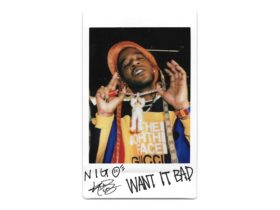 American rapper from Chattanooga, Isaiah Rashad has unleashed his new album, “The House Is Burning” tracklist & release date. Check out the full tracklist below.

On the production side of things, there’s Kenny Beats, Devin Malik, and Kal Banx, among others.

The rapper shared the tracklist via Instagram and wrote that “Tracklist #TheHouseIsBurning 7/30.” He also revealed that he would be heading out on tour this fall. Starting with a show in Boston on Sept. 8, the tour will run through Nov. 9.

The House Is Burning will mark the official follow-up to Rashad’s debut studio album, The Sun’s Tirade, which peaked at No. 17 on the Billboard 200 in 2016.

READ MORE – Skepta Reveals ‘All In’ EP Coming This Week