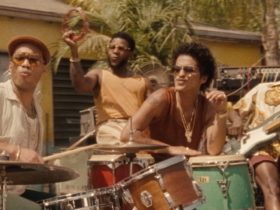 The new album will be released on 14th May, It follow-up to 2018’s KOD, as well as his 2019 Dreamville compilation Revenge of The Dreamers III.

“This is the moment that a lot of your favorite rappers hit a crossroads,” Cole says in the 26-second teaser clip, during which he hops on a midnight flight, toils in the studio, and shoots hoops by himself. “Are you okay with getting comfortable? Did you leave no stone unturned creatively? And when I thought about that feeling, I was like, ‘Nah, I’m not cool with that.'”

Meanwhile, his last year 2020 songs “The Climb Back” and “Lion King on Ice” were billed as the first two songs from The Fall Off.