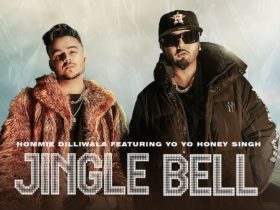 Scottish DJ And producer, Jamie Roy has died at the age of 33. His family revealed this in a statement.

“Jamie passed away yesterday,” The statement read, “Jamie was a much loved and talented son, brother, nephew, and uncle and loved by his many friends and colleagues both within the music industry and beyond that. We are all absolutely heartbroken.”

Roy started DJing in the clubs of Glasgow before finding a home in Ibiza and playing sets around Europe and beyond.

Last year, he released his song ‘Organ Belta’ via the Trick label owned by Patrick Topping. A few days before his death, he marked the song’s first anniversary on Instagram, writing: “Well Organ Belta is one year old next week! Just had a look and it’s at number 37 and still in the house charts 51 weeks later mental jumping 24 places since yesterday.

“I’m also 46th biggest selling house artist thank you all so much,” he added, going on to say that “organ belta 2 is coming…”