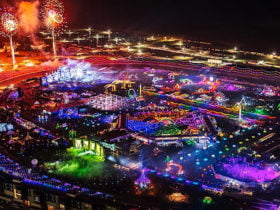 The musical artists, Jessie Reyez, Jungle, Arlo Parks & Girl In Red will join Billie Eilish on Tour in 2022. Check out the dates below.

Also, Eilish will now perform an additional London set on June 26, with tickets on sale tomorrow (August 13) at 9 am BST here.

After the announcement, Arlo Parks wrote on Twitter, “You are an artist, a shapeshifter n a sweetheart!! Thank you for the opportunity to share your stage in front of 20,000 people – I cannot wait to be RIPPING IT UP WITH YOU”

They will join Billie Eilish 2022 On the given dates here: