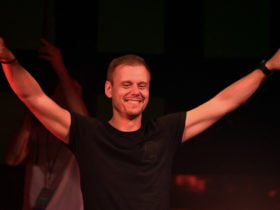 Armin van Buuren Team Up With Sarah Reeves For highly-Anticipated Track, ‘Tell Me Why’

He said, “I had no idea that the guy’s music I posted was recently found saying racist comments,” he wrote. “As you know I don’t support or tolerate any sort of racism or discrimination. I had no idea, I sincerely apologise to anyone I offended.”

After that, Bieber deleted the post, sharing a message explaining he was unaware of Wallen’s comments.

Bieber shared his appreciation for Wallen in a recent post to his Instagram Story, sharing the cover art for ‘Dangerous’ alongside the caption: “Love this album.”