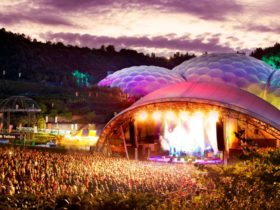 American rapper & record producer, Kanye West has revealed he is breaking up with the Gap. According to the APNews.

The rapper’s lawyers sent a letter to Gap notifying the company that Yeezy LLC would be terminating its agreement. In the letter, viewed by The AP, the lawyers claim that Gap failed to meet the terms of its contract.

“Gap left Ye no choice but to terminate their collaboration agreement because of Gap’s substantial noncompliance,” said Nicholas Gravante, West’s attorney with Cadwalader Wickersham & Taft, in an emailed statement to the AP. “Ye had diligently tried to work through these issues with Gap both directly and through counsel. He has gotten nowhere.”

Gravante told that Gap’s failure to yield to the term and conditions has been costly. He said West plans to start spreading Yeezy retail stores. YE has unleashed criticism on social media against Gap as well as Adidas AG where he has a similar deal. Adidas declined to comment. Gap didn’t immediately respond to requests for comment Thursday.

West has had a history with Gap. He worked at one of its stores in Chicago as a teenager. And he told Vanity Fair magazine back in 2015 that he wanted to be the creative director for the brand.

The clash comes a little over a year after Yeezy’s first item “a blue puffer jacket” arose in Gap stores. The deal was announced in June 2020.