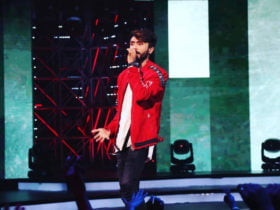 American rapper, Kanye West says his new album, “Donda 2” will be only available on his Stem Player. Check out the full post below.

YE shared the news via Instagram and wrote that “Donda 2 will only be available on my own platform, the Stem Player. Not on Apple Amazon Spotify or YouTube. Today artists get just 12% of the money the industry makes. It’s time to free music from this oppressive system. It’s time to take control and build our own. Go to stemplayer.com now to order.”

The new album will be executive produced by Future and released on February 22. Recently, Kanye West and Future performed together at Rolling Loud California.

In an Instagram post, Kanye shared a teaser of new music playing on the Stem Player he released in conjunction with Donda last year. He also claimed that it’s the only way fans will be able to hear the new album.