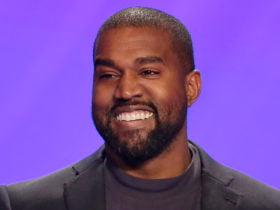 American record producer, Kanye West aka YE has previewed his new songs recorded with singer, James Blake. Check out the clip below.

James shared the footage of West playing a song behind DJ decks, clarifying that the track does not sample ‘The Colour In Anything’ cut ‘Always’ but is a new song entirely. “It’s my birthday and [West] is playing tracks we made I’m good for presents thanks,” Blake tweeted earlier this morning (September 27).

Those in attendance were able to hear a short snippet of the song, which was later confirmed by Blake himself that it was not a “sample” but rather a whole new song. Blake took to Twitter to retweet a video of Ye behind the DJ decks playing their new song, “Always.”