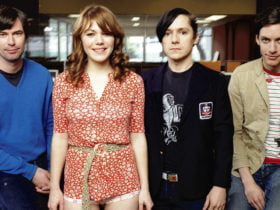 American rapper & record producer, Kid Cudi has dropped his new video song named “Stars in the Sky.” Listen to the full song below.

The track will appear in the new movie Sonic the Hedgehog 2. Which will get released in theaters on Friday, April 8. Last year, Kid Cudi shared a pair of new songs that he made for movies: “Guns Go Bang” (for The Harder They Fall) and “Just Look Up” (for Don’t Look Up).

Meanwhile, In Feb, Kid Cudi has teamed up with Nigo for the new hip-hop song named “Want It Bad.” The track marks the second single from the Bape founder’s forthcoming album I Know Nigo.