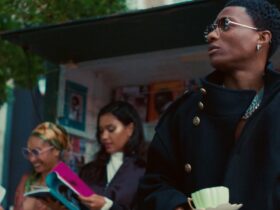 American rapper & singer, Kid Cudi has revealed his tracklist for a new album named “Entergalactic” Ft. Don Toliver, Steve Aoki, and many more. Check out the tracklist below.

The album will be released on Friday, September 30, doubling as Cudi’s tenth studio album and the soundtrack for his eponymous Entergalactic series on Netflix.

“Entergalactic is everything I’ve always wanted to do, create a long-form visual companion to an album,” Cudi described. “It all started with the music which helped bring this storyline and these characters to life.”